I Have Yet Begun to Fight!

Are you enduring a monotonous, thankless task? Does it feel like a waste of your talents,, a chore that you dread? Let me share a story that may make you view your appointed duty as a gift. I had been married for about a year when I complained to my mom that I was tired of waking up at six in the morning to cook breakfast and prepare lunch for my husband... Mom gave me a very non-sympathetic, in fact, quite disdainful look. "My dear," she declared, "you have not yet begun to fight!." I was all of 18 years old at the time and had felt quite proud of myself for running a household, but I knew that was the end of the conversation. I wondered what the bold historical naval proclamation had to do with my present fatigue-inducing situation. As Google hadn't come on the scene yet, I dusted off the encyclopedia. My research led me to the amazing story of John Paul Jones, the father of the U.S. Navy. The year was 1779. While in command of the Bon Homme Richard, John Paul's vessel engaged a much more powerful British warship off the North Sea. What followed was one of the most famous naval engagements in American history. After over three hours of relentless gunfire, Jones slammed his ship into the British vessel and tied them together, reasoning that his opponent couldn't continue to fire on the Bon Homme Richard without destroying his own ship. Legend has it that when Jones was asked to surrender, even though his ship was nearly destroyed, he retorted with the now famous statement, "I have not yet begun to fight!" (After about an hour the British commander surrendered and amazingly, John Paul Jones became a Revolutionary War hero.)

This very inspirational saga of bravado and fierce determination was quite impressive. Still, I pondered its application to me. The answer came many years later, when Mom became an octogenarian. Although she had. never shared much about her childhood with us during our early years, she began to reminisce quite a bit. I finally found the answer to my question, sans encyclopedia.

Having been the oldest daughter born to depression-era sharecropping parents, my mom was awakened at 4:00 in the morning to prepare a fire in the wood stove. Then she cooked breakfast for her five brothers who were headed out to the tobacco or cotton fields. After cleaning up breakfast, she joined them. in their back-breaking labor. Her list of chores included doing laundry for the family. Their washer consisted of a washtub and scrub board.  She was eleven years old at the time. School attendance was a luxury she was not afforded.

Hence my complaint of getting out of a soft bed, in a warm house and conveniently procuring food from a refrigerator was met with disdain. From Mom’s viewpoint, my great burden should have been viewed as a marvelous blessing.

The Apostle James put it this way, "My brothers and sisters, think of the various tests you encounter as occasions for joy. 3 After all, you know that the testing of your faith produces endurance. 4 Let this endurance complete its work so that you may be fully mature, complete, and lacking in nothing." James 1:2-4, Common English Bible.

Mom, John Paul and James never met but they all knew that no effort is wasted and that perseverance produces maturity. It may even make you a memorable hero. 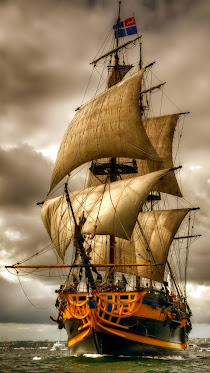