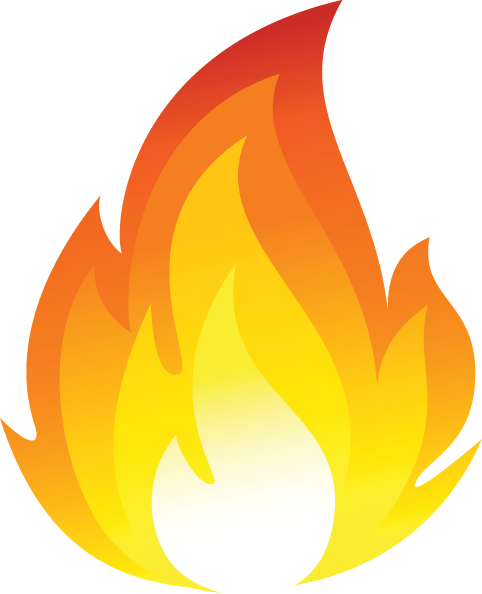 Have you ever heard the expression “set your fields on fire?” It actually comes from the Biblical strong man Samson's encounter with the Philistines, who stole his wife and gave her to another man. He became so angry when he learned of this that he tied 300 foxes tails together, set their tails on fire and loosed them in the corn fields and vineyards, spreading fire as they ran. Which translates to “Hey, I'm angry and I want some attention over here!” (Now I don't recommend this, because the Philistines then set Samson's wife and his father-in-law afire.) Step back, Jerry Springer, there are really some fascinating tales in the Bible.
I have my very own fiery field story. When I was a child growing up in Macedonia, my dad kept horses and cows confined with the use of electric fencing. Broom sage grew everywhere, but seemed to prefer the space near the electric fence. When conditions were dry and windy, well even Samson would be pleased with the rapid spread of the ensuing blaze. Once we were fighting a fire with pine branches when the wind shifted suddenly and scorched my face. I couldn't see very well but didn't know why. My eyebrows had been singed off completely and my lashes melted together, obscuring my vision. My younger sister thought this was wonderful and was laughing hysterically. Apparently she thought it was a trick I did just to entertain her. But it's an ill wind that blows no good. I've had Brooke Shield eyebrows ever since that impromptu facial.
Dad always seemed to be at work when the brush fires broke out, so we learned to frequently scan the fields for flames during dry spells. You've heard, no doubt, of steak on the hoof, but we preferred our cows butchered before we grilled them. (Except for my sister, who refused to eat any cow she had called by name.) At any rate, fire control was a high priority.
One hot breezy day, a rather large fire broke out in the field and my siblings sent me inside to call the fire department. Remember, I am ancient and this was pre-911. In my haste, I couldn't find the phone book so I dialed the operator and asked for the number to Hood's Grocery Store in Macedonia on the Moncks Corner line. (Don't get confused here; Macedonia is in the St. Stephen tax district, has a Bonneau mailing address, is on the Moncks Corner landline, and has two schools and 6 churches.) It sounded to me like the operator was slowly turning pages to find the number so I asked her to please hurry, as I needed to report a fire. “But Ma'am,” she said, “If there's a fire, shouldn't you be calling the fire department and not the grocery store?”I replied quickly, “Lady I 'm in the country and the fire department is in the grocery store!”
There was a very happy ending to this hot story. The incredulous operator gave me the number and the brave volunteer firefighters responded rapidly, thus saving the livestock (and my facial hair) once again. Our modern day fire department now has its own building with quite modern equipment and very well-trained firemen. But there was a time when we were thrilled to share space and a telephone with the local grocery store.
Email ThisBlogThis!Share to TwitterShare to FacebookShare to Pinterest